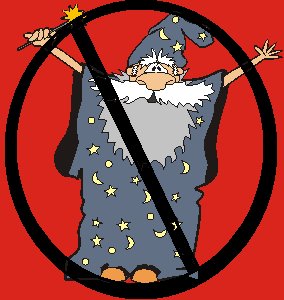 At its core D&D is really about combat. The most exciting part of the game really, is fighting monsters. You load up with armor and weapons go off and kill something and take its stuff. Sell it. By better armor and weapons and go off and kill something else and take its stuff. That's the core of it let's not fool ourselves. Okay, there's that role-playing stuff and character interaction and development etc. etc.. But I'm not concerned about that right now. Instead I'm focusing on combat. Characters are defined in terms of combat. Hit points are how long you can last an combat. Attack Dice (level) is how well you can hit your opponent in combat. If these things increase as you gain experience then how come you gain experience from anything not combat related? Gold for experience points, I don't think so. Experience points for just showing up to play? Not a chance. Okay getting back to the characters.

The fighter, kind of self-explanatory so no further exposition is needed here. The cleric, well that's easy combat support right? A little bit of fighting a little bit of healing. It's easy to see why both of them are here. But the magic user, a scholarly Wizard in robes with a dagger? Why is he here? I have an idea. Let's ditch the robes. Let's stop pretending that he's a scholarly Wizard. What he is actually a combat specialist. The cleric is really just another fighter that can do some other stuff. The magic user is a magic using fighter. Yes he is a fighter. He has hit points (combat). And he has attack dice(combat). Now we have an explanation for the term magic user, a title not many prefer. The stereotypical bearded be-robed mage surrounded by books would never venture out on his tower. Why have combat stats for him? Am I making sense yet? Let's sum up.

The three original character classes in the game are all just fighters. You have the basic fighter. And two support fighters with special abilities. Try to imagine a magic user looking more like a thief and now you can see perhaps something different.

In my world I picture of school for magic users. In which they learn to use magic in combat. Wizards who don't study combat are not magic users.Magic users gain experience from defeating enemies in combat just like fighters because that's what they train for.
Posted by pulcherius at 7:22 PM