I am fan of what's known in RPG circles as RAW or Rules As Written. In that I try to play as close to the written rules as possible. My interest in the OSR was partially fueled by a realization that the fewer rules there are the easier it is to play RAW.  However most likely D&D page counts increased over later editions to try and iron out problems with the rules text. Often a strict interpretation of the rules doesn't fit with the expectations of the players. My solution is to change the players minds with a little creative background to the world in which the play. One such aspect for example is magic. Its not a secret that I prefer Vancian  magic to anything else. Vancian is the fire and forget style for the earliest days of D&D. But reading the text of magic use I never liked the following description. "Reading from this book, the Magic-user presses a select spell formula into her mind, effectively preparing it to be cast.Once a prepared spell is cast, the spell formulae disappears from the Magic-user's mind, and must be prepared again before another attempt can be made to cast it. However, it is possible to prepare a spell multiple times using the available slots in the Magic-user's memory." What troubles me is if the caster forgets the spell formulae then how come the other spells in the memory slots are not affected? Are they different formulae? I never liked what's known as double dipping or multi-use magic. It just seems so mundane. It turns the Magic-user into a gun and the spells are the ammunition. But with one small change to the text without changing the rules you can alter players expectations. What if the formulae for a spell was a summoning for some living magic entity that is the spell itself. The "slots" in memory are holding cells for them. When cast they are released producing the magical effect. Being a Magic-user requires the discipline to build and maintain the cells to contain spells. Multiple copies of spells are each held separately. Casting one does not effect the others. A spell caster can skip the prep time and summon a spell directly from its source (book or scroll), but such haste burns (destroys) the source as a backlash. 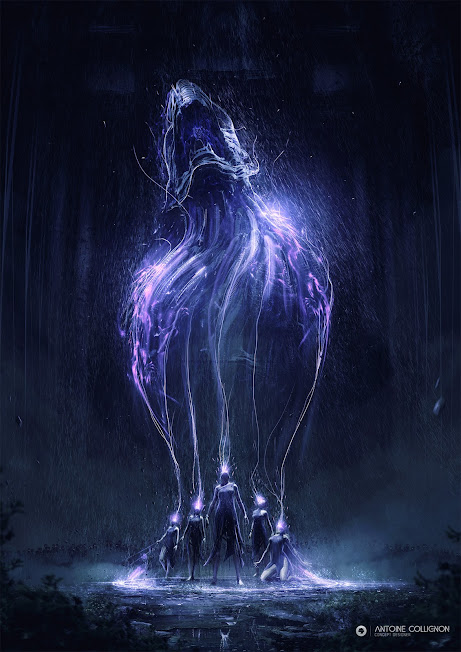