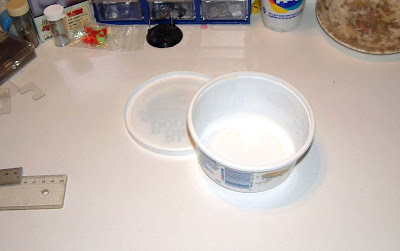 You can think of two or more things to do with this,
other than store food in it.
Posted by pulcherius at 9:57 PM 1 comment: 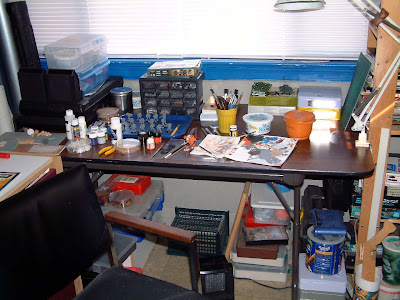 Your kitchen table is a workbench.

(P.S. the first one was a popular post, so I will do more)
(P.P.S. I challenge OSR blogosphere to post their own)
Posted by pulcherius at 10:09 AM 2 comments: 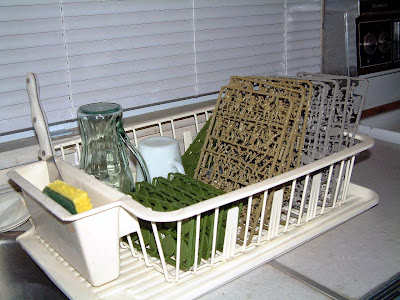 Your dish drying tray has more miniatures than dishes.
( P.S. this just might be my first non-rpg gaming post)
(P.P.S it might also be the first time I've posted twice in one day)
Posted by pulcherius at 9:19 PM 4 comments:

There has been some noise on the blogs lately about how much magic sucks in D&D. And by proxy how magic-users suck as well. Forgetting a spell after its cast makes no sense. The spell levels don't match character levels. You can't scale the magical effect up or down. Why do I have to waste a spell slot on Read Magic? Well, (pardon my bluntness) Waa, Waa,Waa. I say deal with it babies. Everyone who has played or will play D&D should do one thing first. Read Jack Vance's The Dying Earth. The way magic is presented in the book is what the D&D system is trying to replicate. Magic is not science, it is not technology and its not even an art. To summarize here is a few brief points on Vancian magic for those of you who haven't read the book (no story spoilers).I would say to try incorporating some of those ideas into the background of your game before deciding that the magic system sucks. Never mind balance. Just make it interesting.
Posted by pulcherius at 5:25 PM 2 comments:

I liked Sucker Punch. It was a rock and roll, gonzo kick ass movie. While watching a combat sequence in which the heroine faces down a giant demon samurai , I had a thought. How very D&D this fight was. During the fight she gets hit and flies through the air and crashes against a wall. The impact leaves a crater. She shrugs it off and gets back into the battle. A perfect visual example of how hit points work. Its not realistic, it doesn't even try to be. But it works because the world is fantastic, larger than life, magical and wondrous. Even a little bit anime. Definitely a make believe world. If the players can get behind the idea of that, than the other iconic features of D&D can work as well. Levels, experience points and even armour class can make sense. So inspired by how cool it looked on the movie screen. And what a cool world it was. Sucker Punch has motivated me to abandon realism in gaming. In truth I have been moving away from it for some time.
Posted by pulcherius at 11:06 PM No comments: